Our observatory has an installation that makes it possible to permanently monitor meteorological activity or shooting stars at both night and day. A Yagi antenna is installed next to the dome and intercepts any meteors that typically appear at an altitude of 90 to 100 km. The antenna continuously observes in the direction of a radio beacon at the fellow observatory Astrolab IRIS (south-southwest from Beisbroek). This beacon continuously transmits a signal at 49.99 MHz, so when a shooting star temporarily ionizes the upper atmosphere, the system can record an additional short radio reflection.

Recent radio observations are shown on the graph below as a function of time. Meteors are represented as vertical dashes near the center of the graph. Bright long-lived meteors can be identified by the vertical line fading out a bit. Clear curved lines, on the other hand, are typically reflections of passing aircraft, of which there are many in our region. Noise patterns in the graph may be interferences caused by solar activity or local sources. 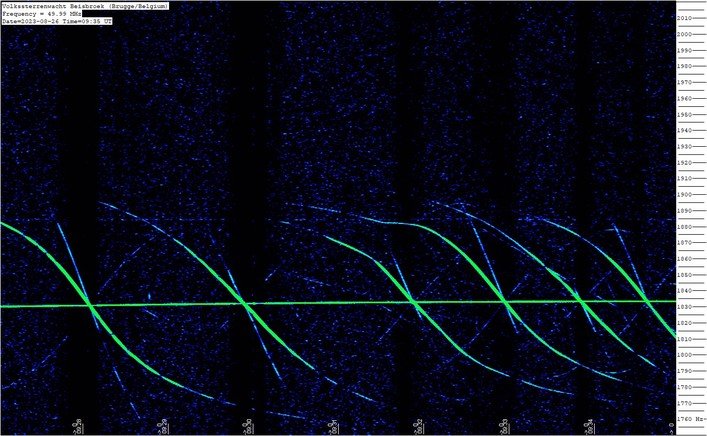